Many people don’t realize the connection between oral health (especially gum disease) and serious potentially life threatening diseases. Here is an article I found that talks about studies done in terms of risk of breast cancer.  This article was found at:  https://www.breastcancer.org/research-news/gum-disease-may-be-linked-to-higher-risk   Published on January 5, 2016 at 7:20 AM

Gum disease, also called periodontal disease, can range from simple inflammation of the gums, called gingivitis by dentists, to periodontitis, when the gums pull away from the teeth leaving open spaces that become infected. The bacteria causing the infection and the body’s response to the infection can break down the bone and connective tissue that hold your teeth in place. If periodontitis isn’t treated, the teeth may become loose and have to be removed.

Gum disease can be prevented by regular tooth brushing and flossing.

The study was published online on Dec. 21, 2015 by the journal Cancer Epidemiology, Biomarkers & Prevention. Read the abstract of “Periodontal Disease and Breast Cancer: Prospective Cohort Study of Postmenopausal Women.”

The research is part of the very large Women’s Health Initiative Observational Study, commonly called the WHI. The WHI is looking for links between health, diet, lifestyle, and genetic factors and health problems, such as cancer.

In this study, the researchers monitored 73,737 postmenopausal women in the WHI who had never been diagnosed with breast cancer. About 26% of the women told the researchers they had gum disease.

After about 6.5 years, 2,124 women had been diagnosed with breast cancer.

“We thought that periodontal bacteria — either the bacteria themselves or the inflammation that’s part of having periodontal disease — has an effect on other parts of the body, including breast tissue. We know there are bacteria in breast tissue and we know there are bacteria in mother’s milk. Women who had periodontal disease had a small increase in the risk of breast cancer overall,” said Jo Freudenheim, Ph.D., distinguished professor of epidemiology and environmental health at the University of Buffalo and lead author of the study.

Because earlier studies have shown that the effects of gum disease can be more severe if a person smokes, the researchers also grouped the women by smoking history:

“There’s been an explosion of information recently that makes it clear that many different parts of the body that were thought to be sterile contain bacteria and other microbes,” Dr. Freudenheim said. “These bacteria may influence diseases that were previously thought to have no infectious component.”

The researchers said there are several possible reasons for the association between gum disease and breast cancer:

“This is a new area, so we have to be careful in how we interpret our findings,” said Dr. Freudenheim. “We can’t say, ‘if you treat periodontal disease it will reduce cancer risk.’ There are new methodologies that allow us to measure things we weren’t able to before. We are now beginning to understand how much the interaction of the microbiome affects our health both in terms of acute infections and chronic diseases.”

Doing all that you can do to keep your breast cancer risk as low as it can be makes good sense. Besides exercising regularly, eating a healthy diet, maintaining a healthy weight, not smoking, avoiding alcohol, and taking good care of your teeth and gums are steps you can take to control several risk factors.

According to the Centers for Disease Control, gum disease can be kept in check by:

Today, gum disease can be routed by laser periodontal treatment or LANAP which is relatively painless because it involves no cutting of gum tissue and no recovery time. You should become aware of the symptoms of periodontitis and make sure that your gums are checked every time you go for a dental exam or cleaning. Catching it early, before permanent damage is done or complications elsewhere in your body, is done is very important.

If you have not had an exam for periodontal disease done recently, give us a call and schedule an appointment today. We look forward to meeting you.

For more information on breast cancer risk and other steps you can take to minimize your risk, visit the Breastcancer.org Lower Your Risk section.

Our practice is pleased to offer a flexible plan providing convenient monthly payments with various setup & payment options. Financing subject to credit approval. Click here or the logo below to apply online. 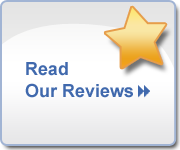 GETTING TO KNOW DR. HOLLY GREGORY

What Our Patients Say 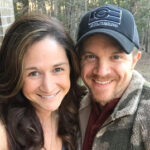 How do you describe something that is so superior to anyone else that you have ever experienced. There are no words to describe the skill of Dr. Bollman. She is the best!! I will leave it at that…

New Teeth In Just One Day 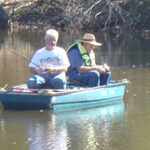 From the time I walked in, I noticed a huge difference in the way I was treated here. Dr Gregory and her staff took the time to fully explain my entire procedure and covered all the options available to me. Every pro, every con was explained in detail allowing me to make…

From a Patient Who Had Laser Gum Treatment 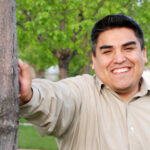 I’ve been a patient of Dr. Gregory for the past 6 months and it has been a very pleasant experience. She and her staff are wonderful and have made me feel very comfortable. They are always very upbeat! Dr. Gregory did an excellent job of explaining the procedure…

From a Patient Who Had Gummy Smile Reduction 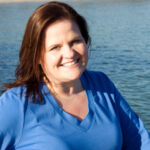 I was happy to find Dr. Gregory after a previous bad experience. I was very nervous and she put me at ease about the procedure and made a follow-up call that evening to be sure all was well. I will feel very comfortable recommending her to all my friends… 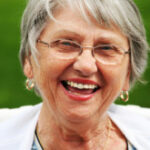 During the past several years I have had several lengthy procedures (with other doctors) and what seemed like a scary endeavor turned out to be so much better than anticipated (with Dr. Gregory). My overall experiences have been positive and I have felt that I was…

I am a dental implant patient. I went through the procedure with great education on the process. I was leery at first. My fixed bridge of 25+ years broke and the recommendation was to receive implants instead of a bridge, which they did not have 25 years ago… 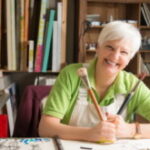 When Dr. Summers retired and Dr. Gregory took over the practice I have to admit I was a bit nervous. Well that was for naught. Dr. Gregory has a quality that excites admiration. Within minutes she showed that she has a very caring attitude and that she is…

From a patient with medical challenges who needed emergency surgery 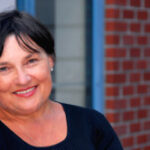 There are no words to describe the amount of pain I was in when I came to your office. A trip to my regular dentist revealed a cracked tooth and she referred me to you. I believe this to be a God thing because he could not have sent me… 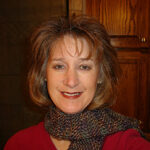 My experience with Dr. Gregory and her office and staff have been nothing but wonderful. Everyone is thoughtful, caring and professional. Dr. Gregory takes the time to discuss what she feels needs to be done, the procedure and what to expect afterwards…

From a patient who had laser periodontal treatment (LANAP) 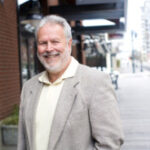 I wanted to let you know how much I appreciate Dr. Gregory and her staff. My experiences when visiting her office have been so positive and I feel so encouraged. Normally one feels fear, especially when diagnosed with a gum disease…

Our dentist office in Humble TX is one of very few dentist offices in the Houston area that allows you to have almost any dental issue taken care of in one office from treatment by a regular family dentist to a cosmetic dentist to a periodontist, dental implant specialist or an oral surgeon.